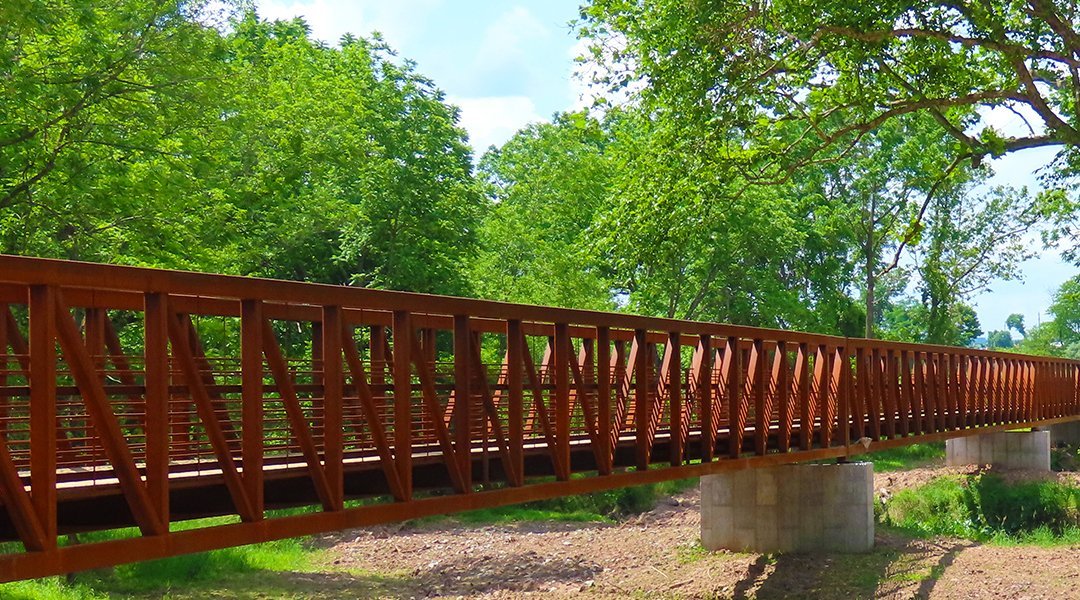 The Mercer Meadows – Rosedale Lake segment of the LHT, owned and managed by Mercer County, travels through Rosedale Park district and provides a scenic and tranquil setting for picnics, walks, and other outdoor recreation. This area is a mix of woodland and fields and also provides easy access to the Stony Brook, Willow Pond, and Rosedale Lake. The LHT continues on the north side of Blackwell Road along the driveway access to Hunt House, then continues north for a half mile before turning west as it rounds Willow Pond. Continuing west, the trail passes to the north of Rosedale Lake and to the parking area and park entrance at Federal City Road.

From the parking area, the LHT follows the park roadway, then turns north to cross a pedestrian bridge over the Stony Brook. Once on the north side of the brook, the trail turns west and follows the wooded banks of the creek on gravel path and boardwalk to connect to Old Mill Road. Crossing Old Mill Road, the trail continues through meadows until intersecting with Pennington Rocky Hill Road.

ACCESS: Access to the LHT is from the Hunt House at Blackwell Road, Rosedale Lake area, or by connecting from other trails within Mercer Meadows.

The historic Hunt House, located on the grounds of Rosedale Park was originally built in the 1700s by Noah Hunt, a prominent early resident of Hopewell who worked the once prosperous farm. The Hunt House now serves as the offices of the Mercer County Park Commission.

Rosedale Lake is the largest water feature along the LHT. It is a manmade lake formed in the 1960s when the Mercer County Park Commission acquired the Blackwell Farm, dammed a small tributary of Stony Brook and created the water feature for recreational boating and fishing.

Near Federal City Road and Old Mill Road is the Fish Farmstead, also known as the Adams House, which dates to the early 19th century. The house is a typical example of an L-shape farmhouse, a standard type that was found throughout the region and would have housed a farming family and several farmhands. The farm now serves as the County’s Equestrian Center, and the house is occupied by park staff. 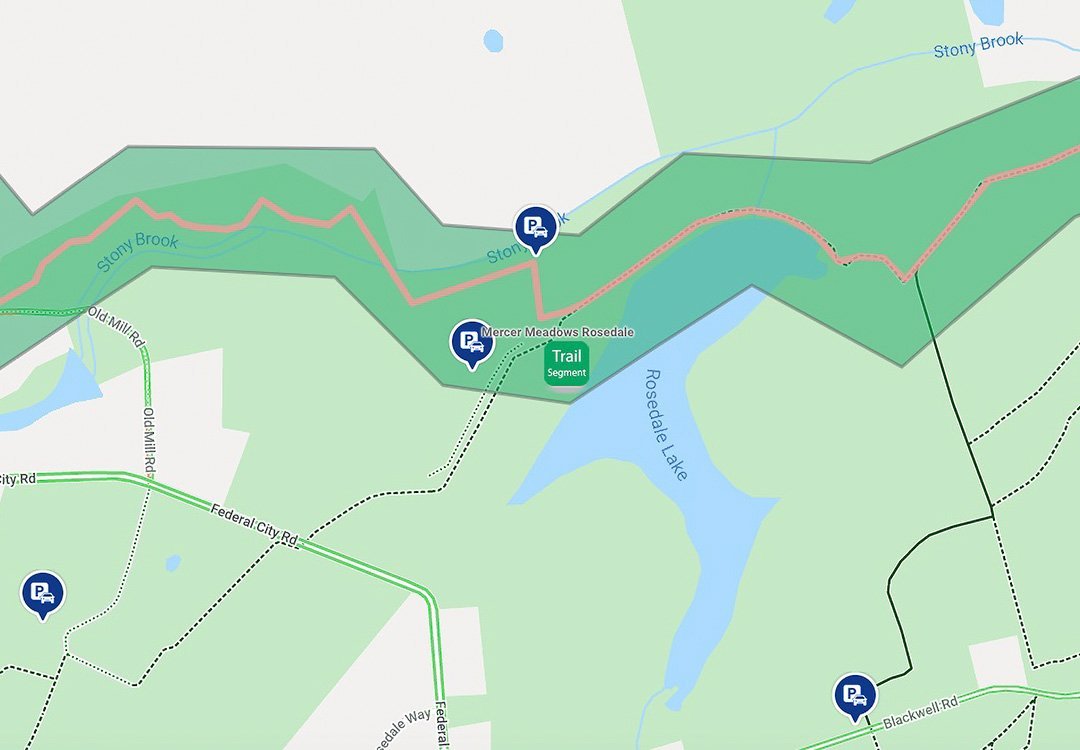