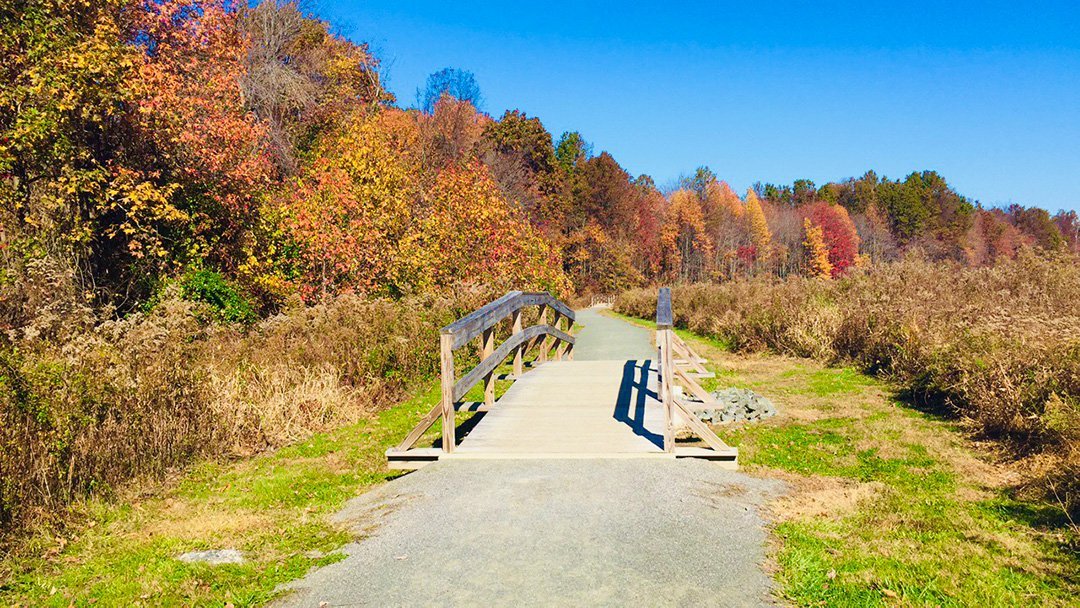 The LHT enters Mercer Meadows on the north side of Keefe Road, follows gravel paths north for 0.25 miles, and turns east as it merges with another trail. After another 0.25 miles, the trail turns north again and arrives at an interpretive area with signs explaining the history of the Pole Farm and radio communications. From this area, the LHT continues to travel north for 0.60 miles through a mix of meadow and wooded areas. The LHT turns east and along Cold Soil road as it wraps around a meadow and arrives at Blackwell Road.

The Mercer Meadows – Pole Farm segment is owned and managed by Mercer County. 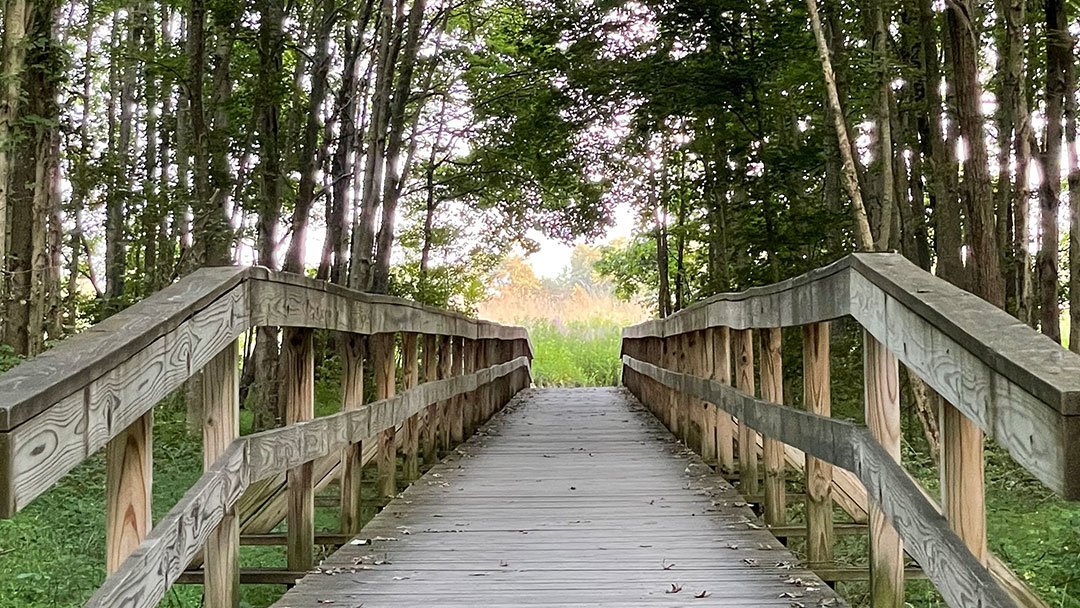 ACCESS: Access to the LHT is from Keefe Road, Blackwell Road, or by connecting from other trails within Mercer Meadows.

PARKING: Parking is available at the north side of the intersection of Keefe Road and Cold Soil Road at the Red Barn. To the north, there is parking at the Hunt House on Blackwell Road.

This area has a rich history from the origins of tele-communication. From 1929 – 1975, the Pole Farm District was owned by American Telephone and Telegraph (AT&T) and was the site of a large shortwave radio station used for international communications. Expansive arrays of radio antennas covered the Pole Farm, configured to communicate with cities worldwide. The LHT follows a path parallel to the lines of giant towers that once transmitted to Buenos Aires and London. After these towers were removed, the Pole Farm received its name from the hundreds of tall timber poles that held up the transmission wires. 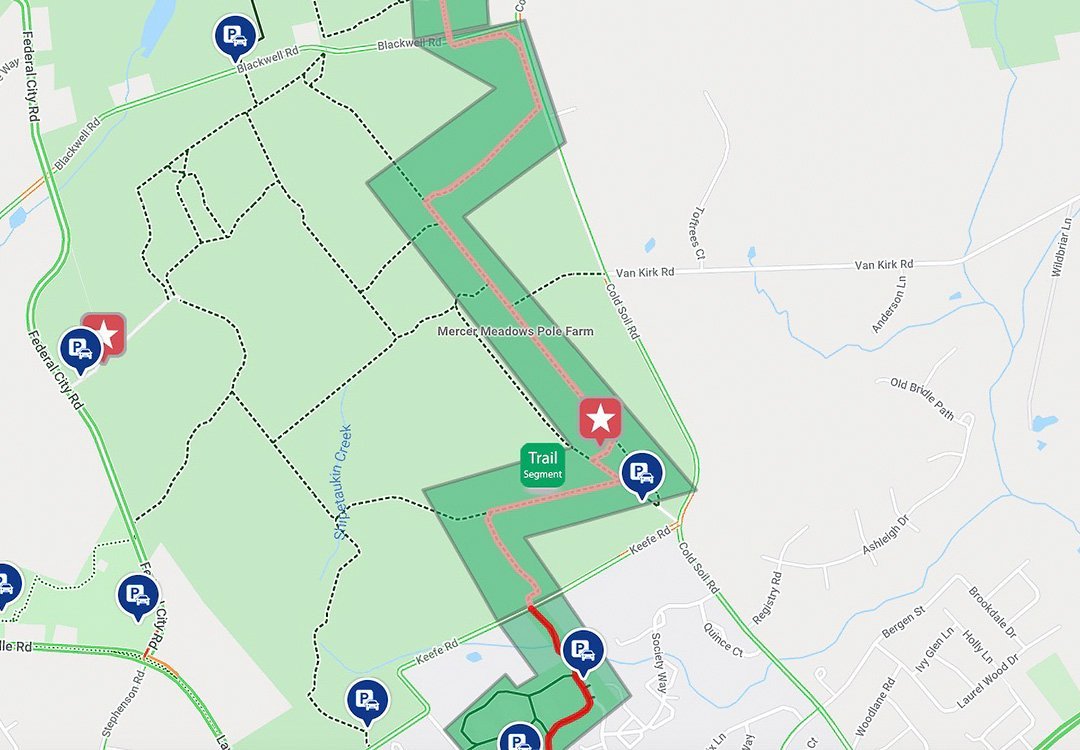 Watch a one hour presentation on the Pole Farm’s fascinating history.