The section of the LHT between the corporate campus on Lenox Drive and the Brearley House is currently closed due to construction on a housing development.

A temporary trail has been built around the perimeter of the construction site. This trail connects Meadow Road (just west of the sharp turn) to Lenox Drive N across from the northeast corner of the Hilton Garden parking lot. 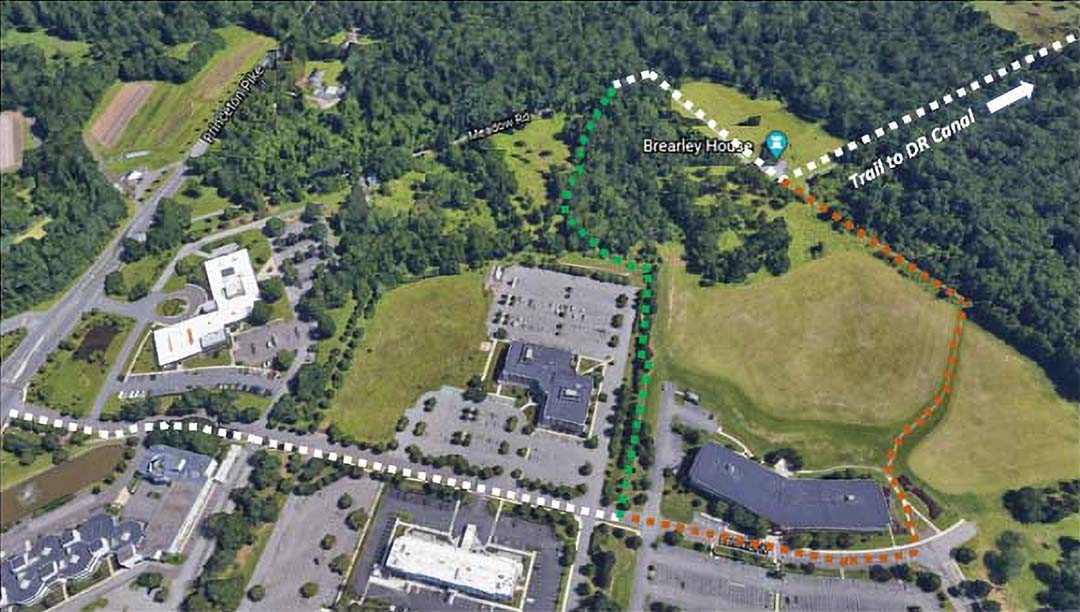 The Maidenhead Meadows segment of the LHT travels through the 345-acre park, Lawrence Townships largest parcel. The segment begins on the south side of Princeton Pike across from Foxcroft Drive at a small parking area. The trail continues south along a large open meadow for 0.3 mile before entering a wooded area. The trail follows a primary trail / carriage road through the woods for another 0.5 miles as it winds south-west and returns to another small parking area on Princeton Pike across from the Maher Ecological Center. To continue along the LHT, the current route heads south on Princeton Pike for 0.6 miles to Meadow Road. Turn east on Meadow Road to the end at the Brearley House. From the Brearley House, a spur trail heads east for 0.35 miles to connect with the D & R Canal. The LHT continues south from the Brearley House, crosses open meadows, enters the corporate office campus and intersects with Lenox Drive. Turn west on Lenox Drive to Princeton Pike.

The proposed future route for the trail will connect existing trail to Meadow Road minimizing travel along Princeton Pike.

ACCESS: Access to the LHT is from Princeton Pike at the north end or Brearley House to the south.

PARKING: There are small gravel parking areas on the south side of Princeton Pike across from Foxcroft Drive and across from Maher Ecological Center. There is parking available at the end of Meadow Road at the Brearley House.

Much of this park is wetlands, with some wooded areas, and a large section of cattail meadow near the D&R Canal. Early settlers purchased or leased sections of the meadows for grazing. Portions of their ditch and road network can still be found. Other farm roads run through the park marked by rows of trees planted in the late 1960s, including river birch, pin oaks, sycamores, sugar and red maples, beeches, and white pine. The meadows once extended over hundreds of acres, but have been diminished by nearby development.

Find out more about the other segments of the Lawrence Hopewell Trail.