PARKING: Parking is available in lots on the west side of Lawrenceville Main Street (Route 206).

The Lawrenceville Main Street segment of the LHT travels through Lawrenceville’s historic downtown streets. The segment begins as the trail crosses to the north side of Lawrenceville Road and along Gordon Avenue for a short distance before turning west onto James Street. Following James Street for a short block, the trail crosses Phillip Avenue and onto a section of the Johnson Trolley Line. The LHT follows the gravel pathway of the Johnson Trolley Line for 0.1 mile, turns onto Craven Lane, and follows this residential street for 0.35 miles to Bergen Street.

Lawrenceville Main Street is a historically rich location with associations to the early colonial settlement of Maidenhead, and the American Revolution. The village of Lawrenceville has buildings of individual significance and also a distinctive historic character that sets it apart from its surroundings. The village is listed as a historic district at the national, state, and local level. Many houses, taverns, and farm houses of the eighteenth and nineteenth centuries are scattered throughout the district along with one of the state’s oldest Presbyterian churches and two cemeteries.

The Lawrenceville Main Street segment is managed by the Lawrence Township. 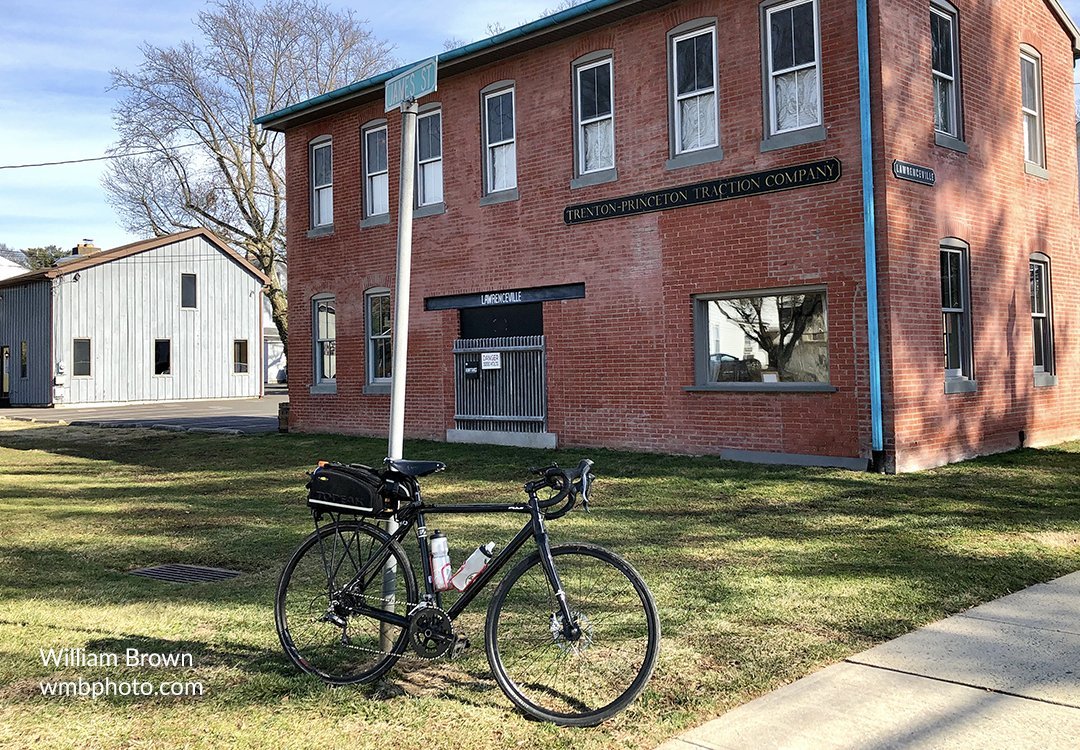 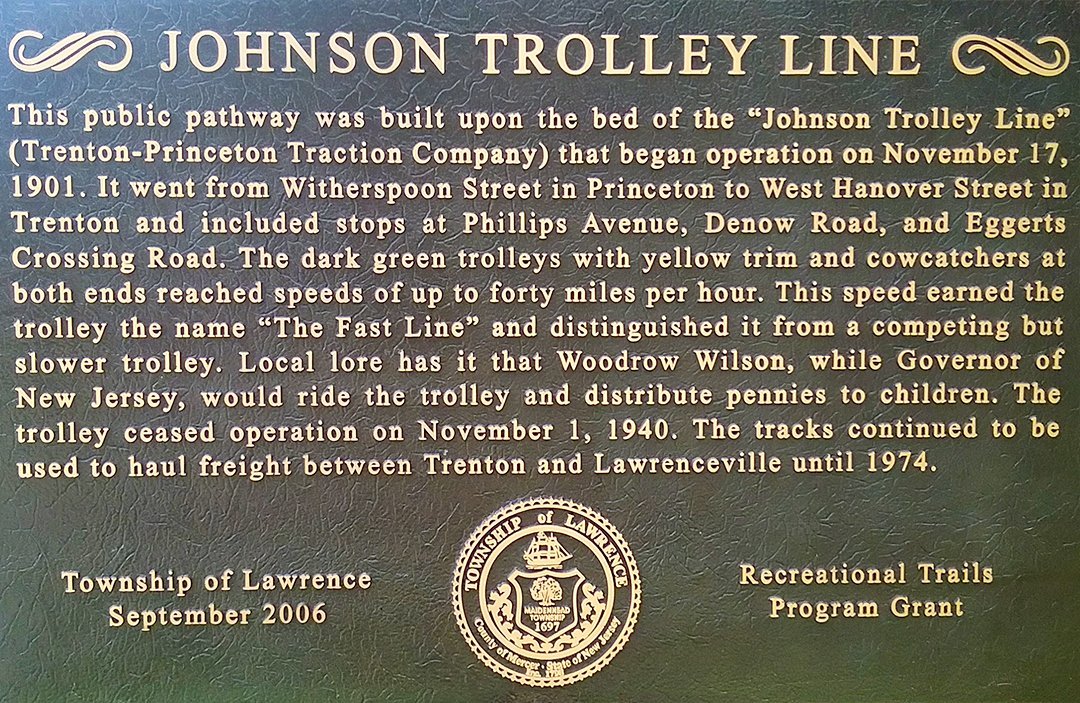