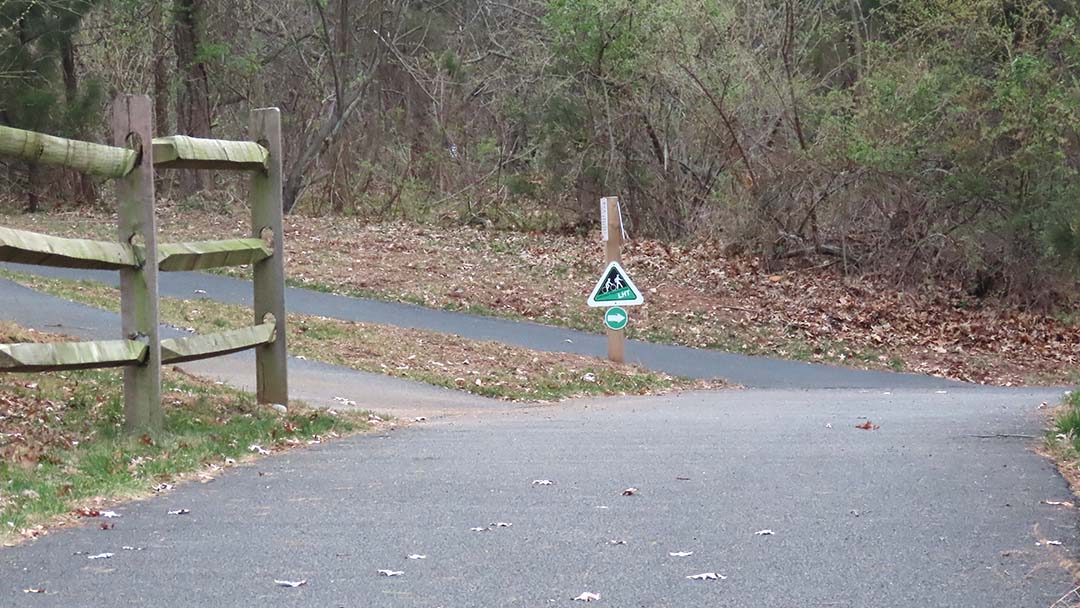 The BMS-Princeton Pike segment of the LHT, owned and managed by Bristol Myers Squibb, begins as the trail crosses to the west side of Princeton Pike at Lenox Drive. Standing aside the trail here is the stately Brearley Oak, the largest Black Oak tree in New jersey. The trail turns north on a paved path and crosses BMS Drive. Turning west again, the trail continues along a naturally landscaped ridge between the BMS parking lots and Lewisville Road. There are many benches along this tree-lined section of the trail. At the end of this segment, the trail bends slightly north again and ends at a marked crossing of Lewisville Road.

The Brearley Oak, named for the Brearley family, is located on the east side of the BMS property. It is the largest Black Oak in New Jersey. 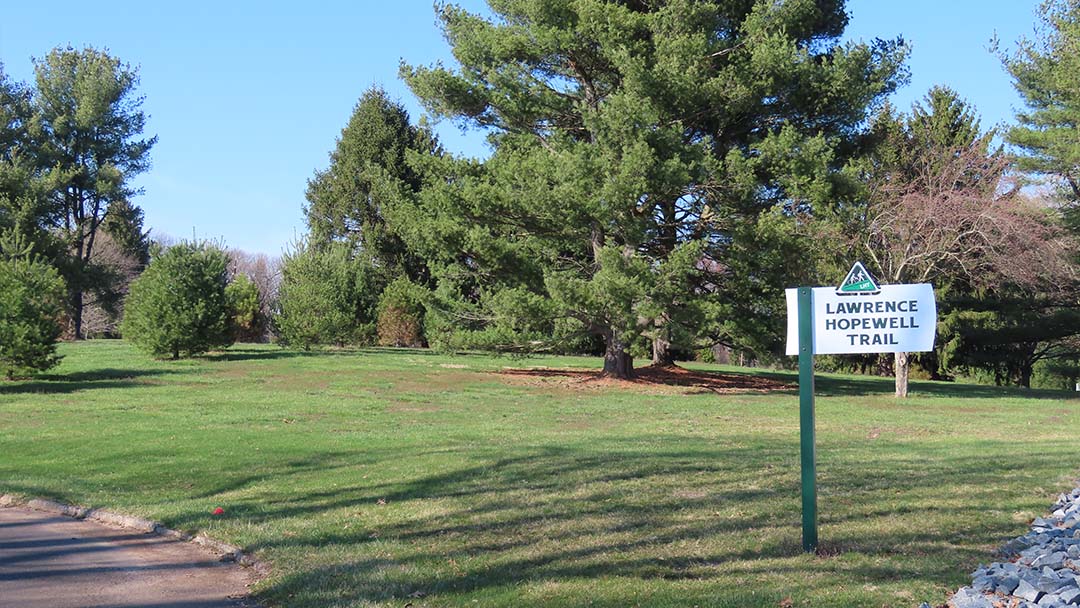 ACCESS:  Access to the LHT is from the intersection of Princeton Pike and Lenox Drive, or from Lewisville Road.

PARKING:  There are parking lots within the office park along Lenox Drive. 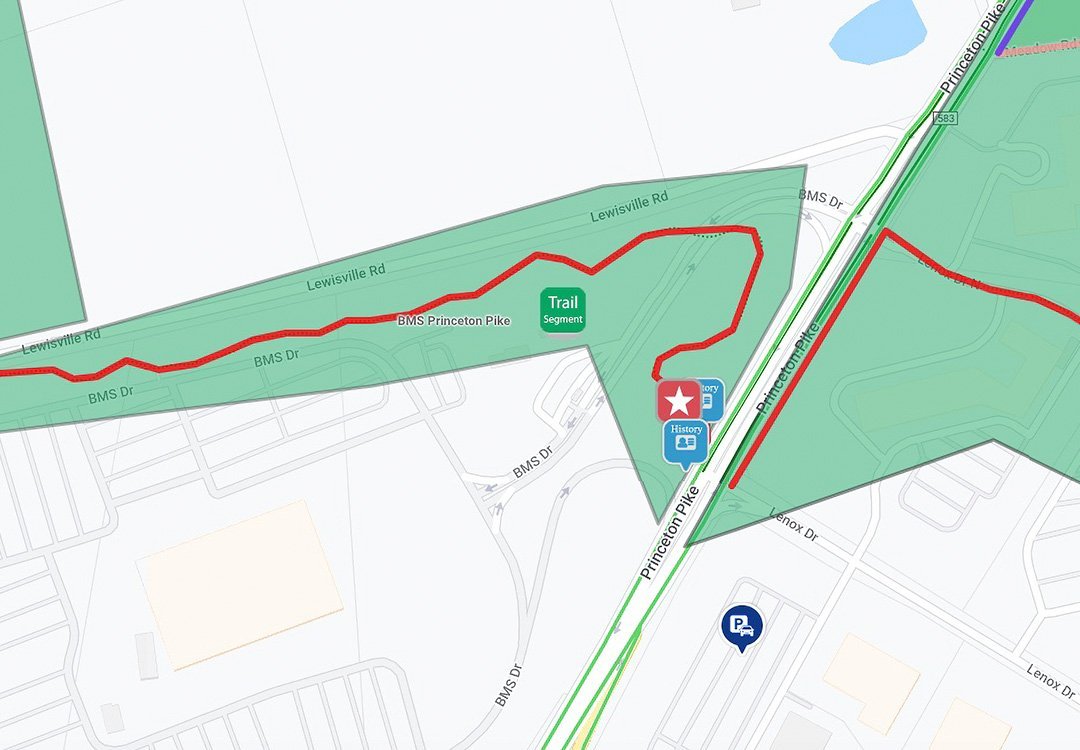 Take a virtual ride through the BMS Princeton Pike trail segment in this short video.