LHT Wins 2021 Award from the Bicycle Coalition of Greater Philadelphia, a First for New Jersey 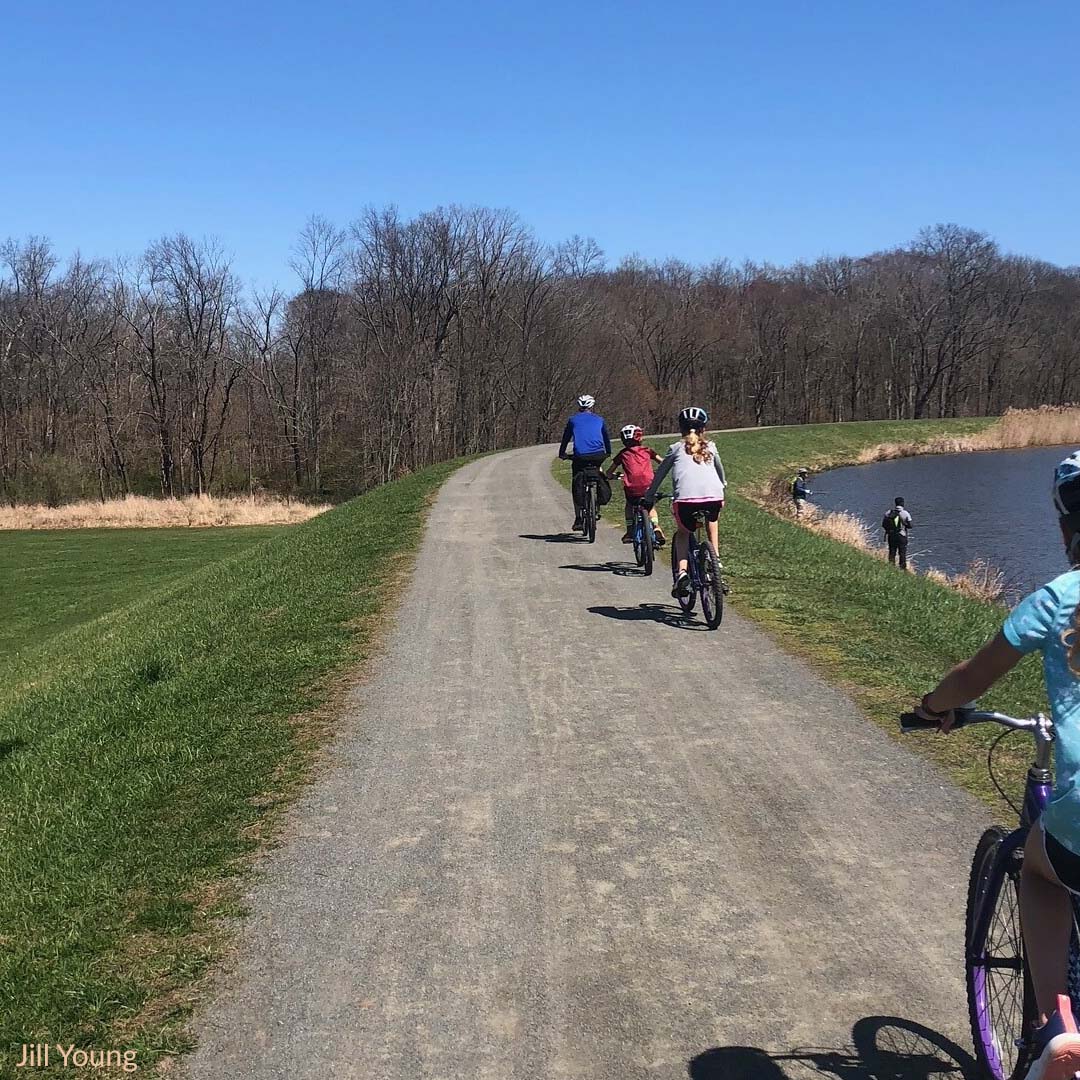 LHT Co-Presidents Eleanor Horne and Becky Taylor accepted the award on behalf of the LHT trustees, with Horne making a speech to some 200 attendees. She said, “the Board of Trustees of the Lawrence Hopewell Trail, a dedicated group of volunteers, working closely with municipal and county officials, are the real heroes who have made our trail a heavily used, much appreciated community amenity that connects neighborhoods to neighborhoods, people to each other, and people to the outdoors.”

“We are deeply grateful to the Bicycle Coalition of Greater Philadelphia and the other members of the Circuit Trails coalition for creating a strong community of trail managers and enthusiasts from which we have benefitted in so many ways. It is with the support of the coalition that we have been able to connect our trail to the Circuit,” Horne added.

We were among several organizations and individuals recognized for their contributions to the Circuit Trails at an event held on Thursday, September 30th at the Abington Arts Center in Jenkintown, PA. The Bicycle Coalition is the leading partner in building the Circuit Trails — which, when completed, will be an 800-trail network that connects the urban, suburban, and rural communities of the Greater Philadelphia area. Central and southern New Jersey are considered Greater Philadelphia, with the LHT being the northeastern tip of the network. 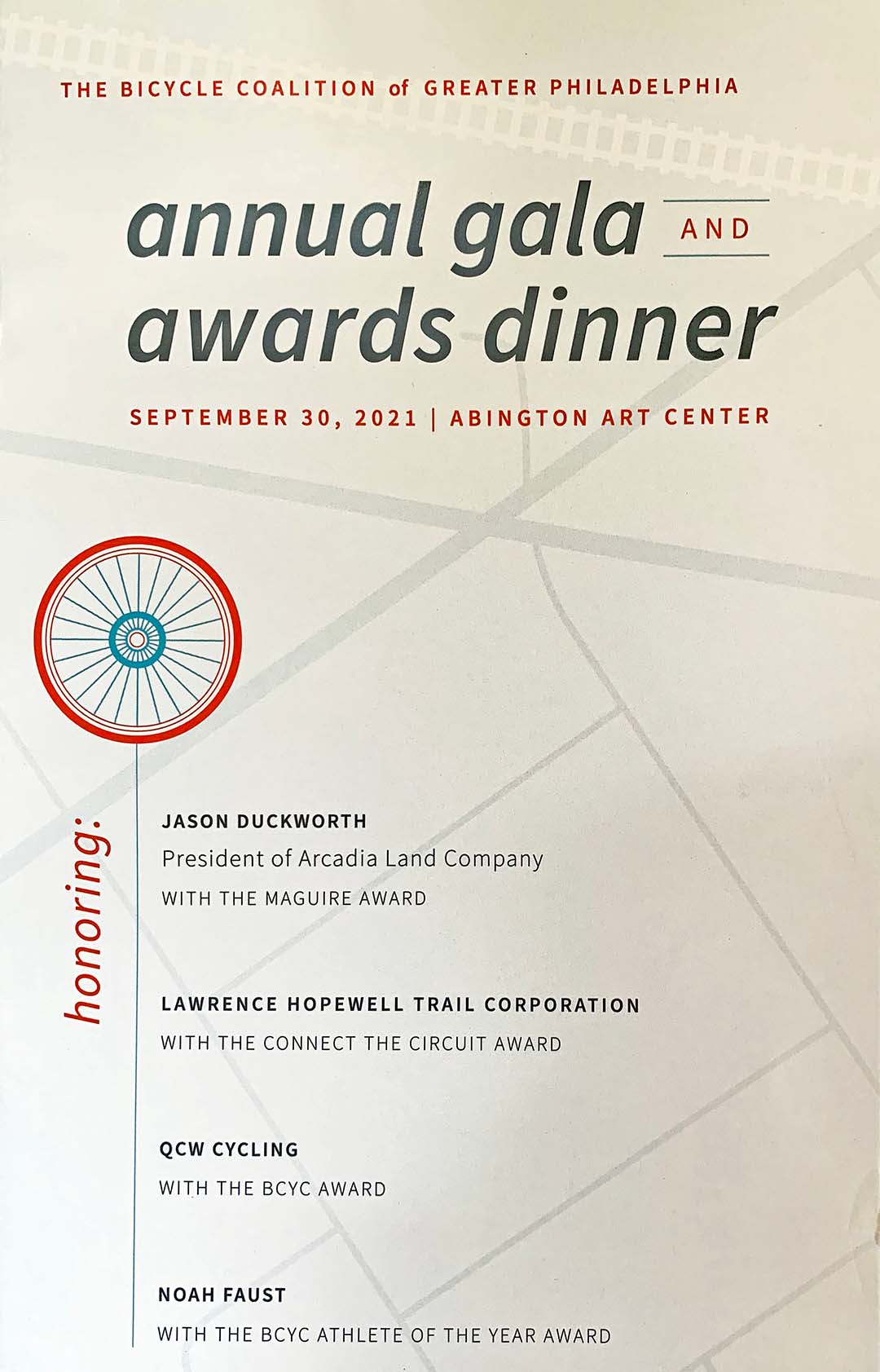