As you hike or bike the LHT alongside Province Line Road, you are following in the footsteps of Surveyor-General George Keith. For two months in the spring of 1687, Keith surveyed a line through the wilderness of colonial New Jersey in an attempt to settle a land dispute between its English proprietors. The boundary he established, referred to as the Keith Line or the Province Line, for many years divided New Jersey into the two provinces of East Jersey and West Jersey. 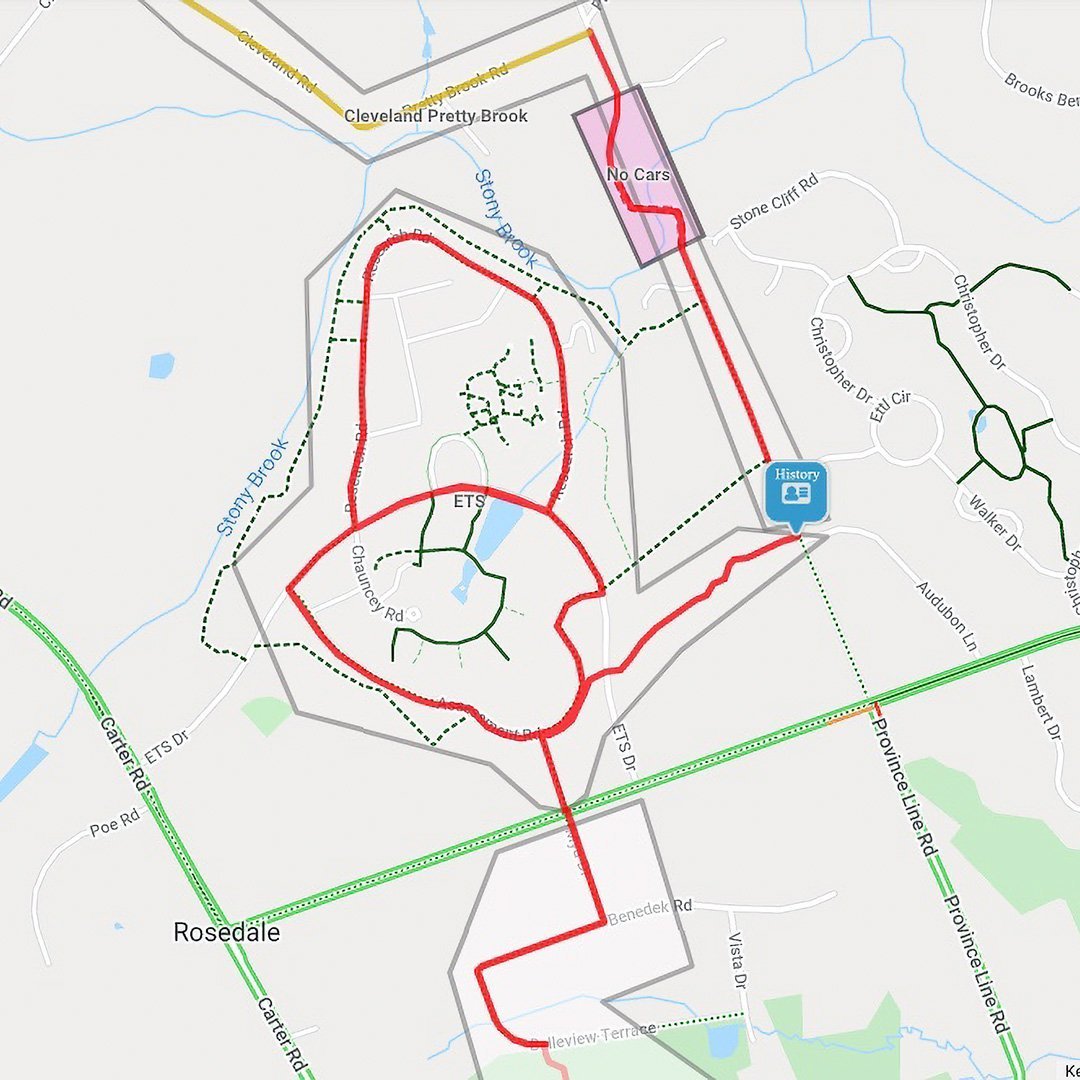 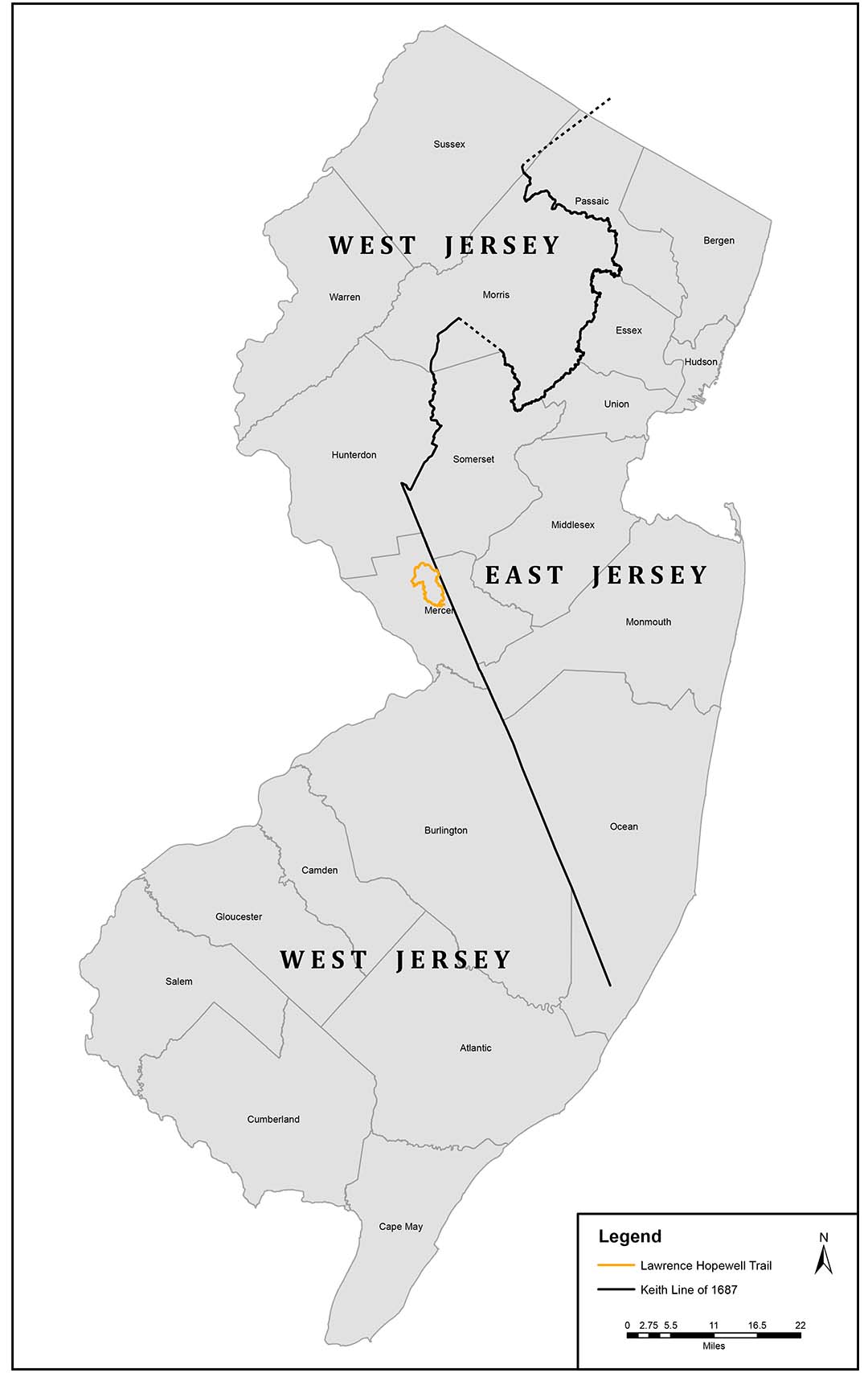 Imagine a time when Europeans considered New Jersey virgin land, owned by divine right by the ﬁrst monarch who could claim it and hold onto it. The English land grab started in 1664 when James, Duke of York, the brother of King Charles II, seized the New Netherland colony from the Dutch West India Company. James granted New Jersey to two courtiers, Sir George Carteret and John, Lord Berkeley, the ﬁrst proprietors. They named their colony Jersey, after the Isle of Jersey in the English Channel.

In 1676, Carteret and four men who had bought Berkeley’s original half share agreed that a boundary splitting the colony in two should extend northwesterly from Little Egg Harbor on the Atlantic Coast to an assumed point of intersection on the Upper Delaware River. The boundary between East Jersey and West Jersey was not formalized on the ground at the time.

Colonial surveying tools relied on basic geometry and astronomy. Metal chains were stretched out on the ground to measure distances, magnetic compasses determined direction, and theodolites measured angles. The tools could be beautifully crafted, yet inaccurate, introducing large errors by the standards of modern land survey. 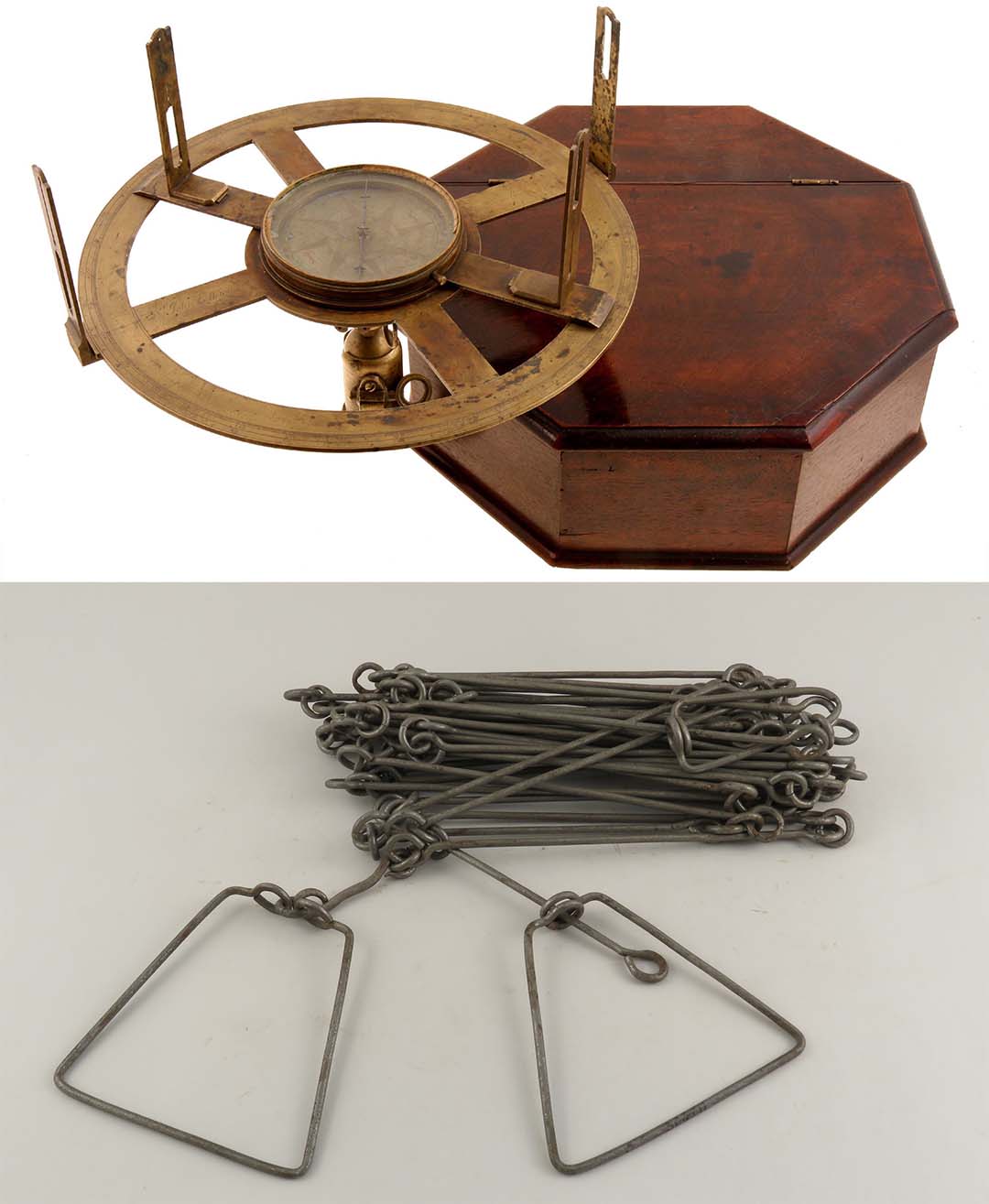 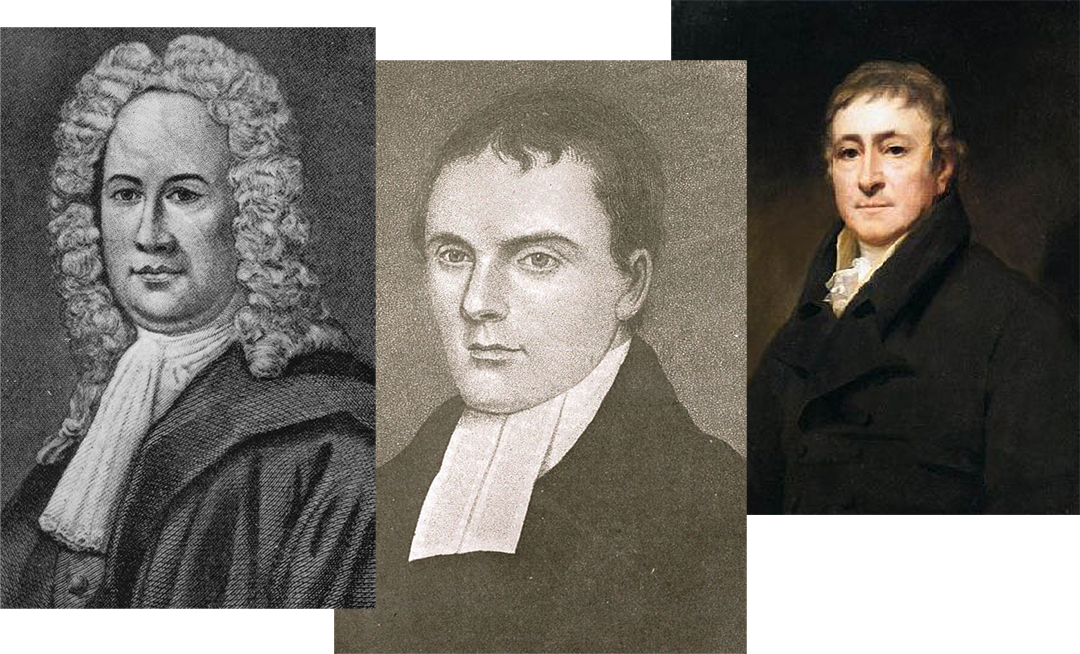 The division of East and West Jersey was a recipe for confusion. The proprietors sold and subdivided land, often never having set foot in the Jerseys and making use of sketchy maps.

Left to right: Daniel Coxe, Governor of West Jersey; George Keith, Surveryor-General; Robert Barclay, Governor of East Jersey.
In 1686, Robert Barclay, the ﬁrst governor of East Jersey, with the tacit approval of Dr. Daniel Coxe, the absentee governor of West Jersey, appointed George Keith to survey the dividing line between the two provinces. Starting in Little Egg Harbor, Keith completed about two thirds of his mission before being called to a halt. The Province Line was trending too far west and would rob the West Jersey proprietors of millions of acres. As a stopgap solution, the boundary was re-routed to the east, following major stream courses to a point on the New York border.
New Jersey might have remained two separate colonies but for the strained relations among the proprietors, the authorities back in England and the settlers over land rents and disputed deeds. In 1702, amidst growing land ownership chaos, East and West Jersey were reunited as a royal colony. The reasons for creating the Province Line have long faded into history, yet it persists in New Jersey’s political boundaries. Here Province Line Road is the boundary between Lawrence Township and Princeton. Nearby, it is also the boundary between Hunterdon, Somerset and Mercer counties, as well as the municipal boundaries of Hopewell-Montgomery, Hopewell-Princeton and Lawrence-West Windsor. 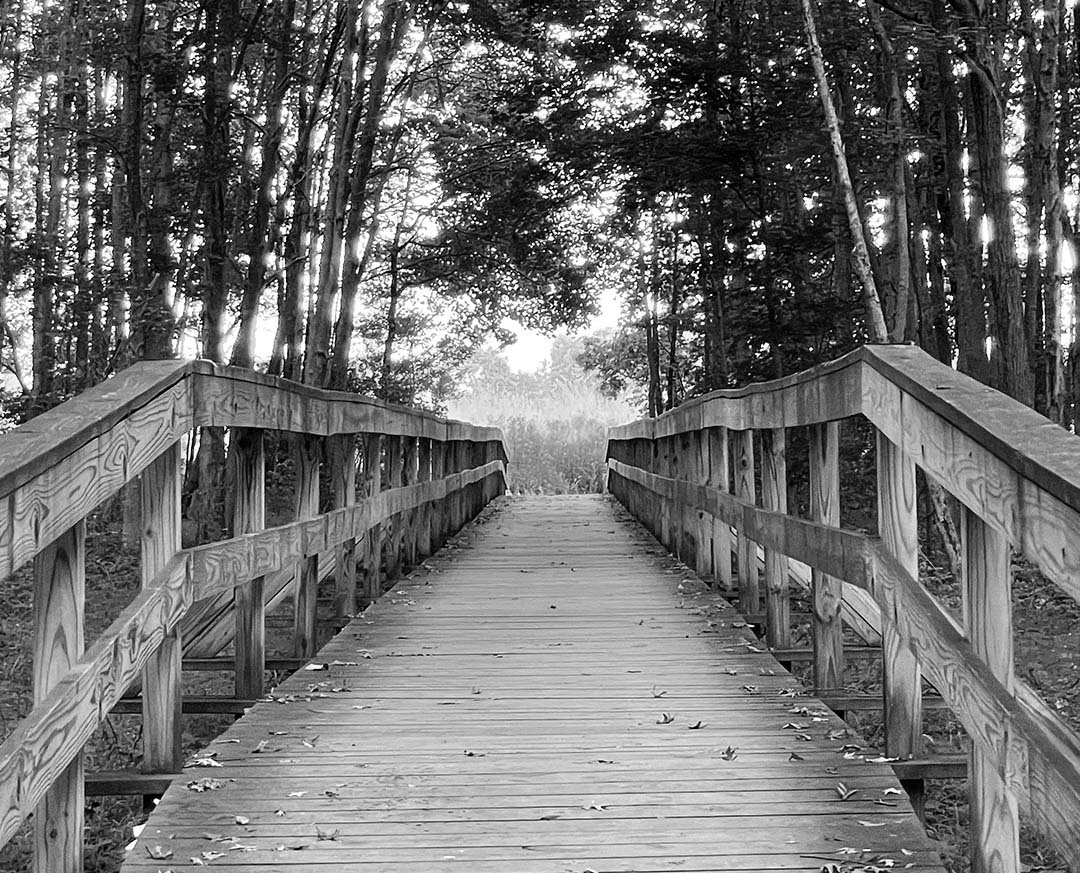