A Mill and a Bridge in the Back Country

Two centuries ago this was a remote spot. Stony Brook flowed swiftly down the narrow, winding, wooded valley. There was no bridge, no mill and no indication in the landscape that this was where the Province Line had been surveyed through the wilderness of colonial New Jersey in 1687. For several generations, the land hereabouts had been in the hands of the Golden family, farmers whose New Jersey roots likewise extend back into the late 17th century.

Above: View upstream from 1957 showing the south end of the Warren pony truss bridge, which was erected to replace an earlier bridge in 1903. (Courtesy of Mercer County Engineering Division). 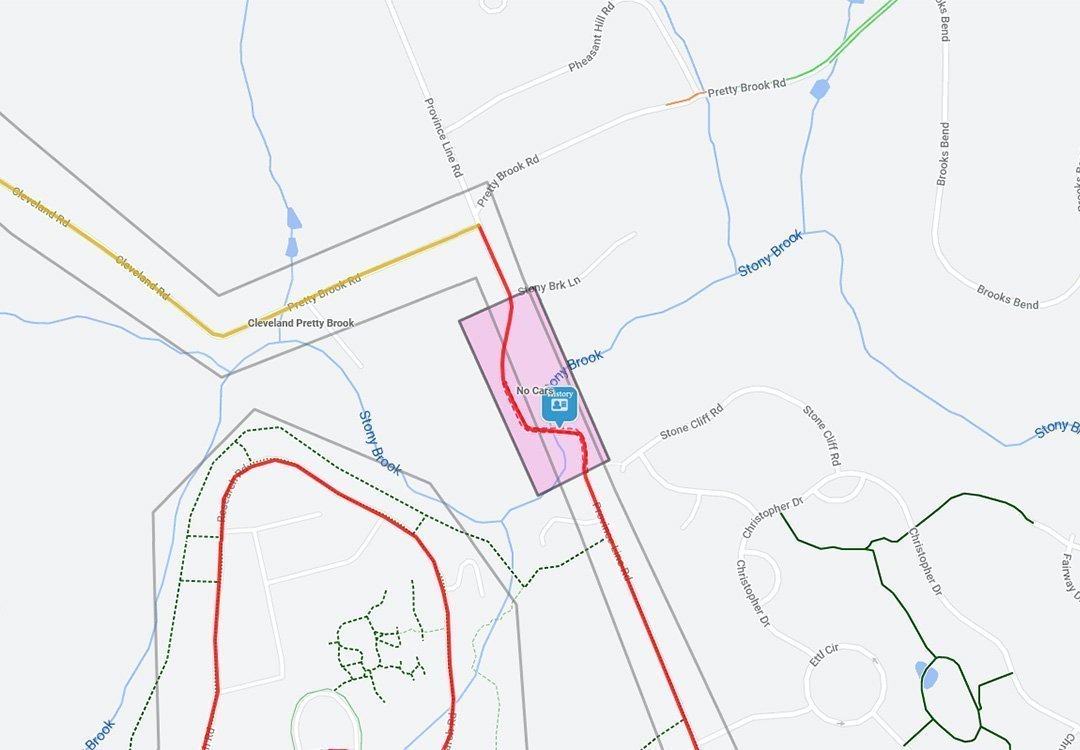 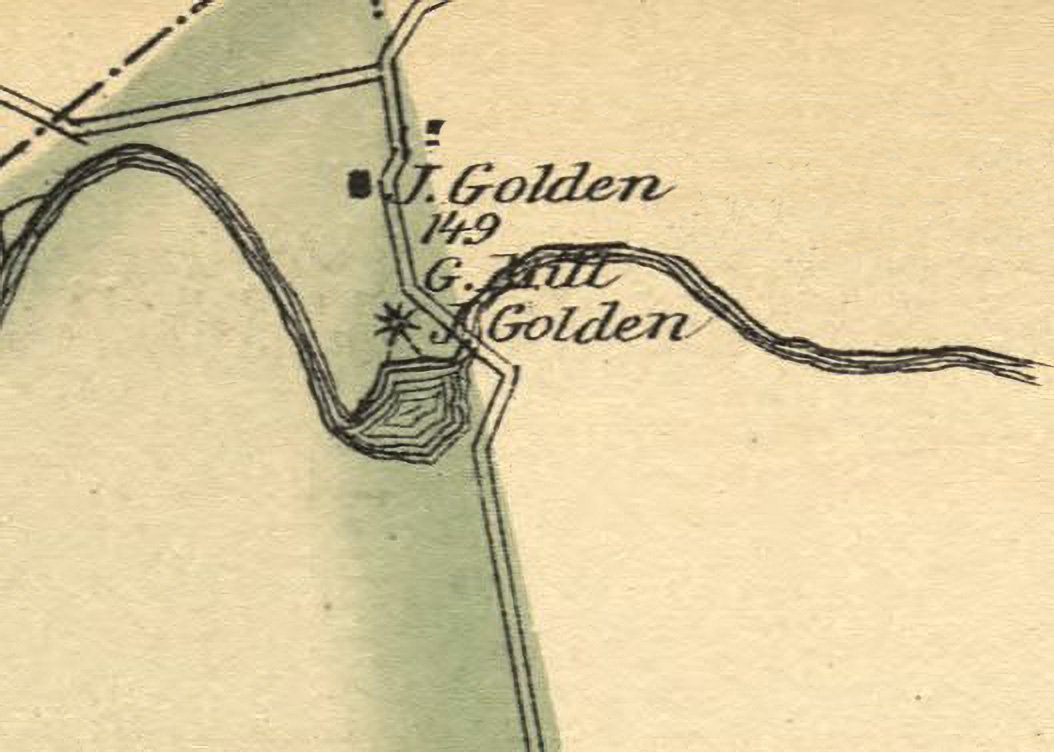 Jacob Golden first installed a sawmill here on the banks of Stony Brook in the late 1840s. The sawmill employed a water-powered ripsaw turning out board lumber, mostly oak.

Around 1870, a flourmill was added and Golden engaged Charles Temple and his son John as millers. By 1880, another of Charles Temple’s sons, Samuel, was also working at the flourmill, which ground wheat flour, feed and Indian cornmeal on its three sets of millstones. The milling operations were seasonal, small-scale and short-lived; neither lumber nor grain processing continued beyond the 1880s. The reasons for the mills’ demise remain murky. Was it the economy? Did Stony Brook flood and damage the workings?

Milldams sometimes doubled as causeways with bridges spanning the millrace and waste gates; at other times, a separate free-standing bridge was erected close by the mill.

Mill customers wanted access to a mill from both sides of a creek. When the first bridge carrying Province Line Road over Stony Brook was built is also unknown. It may have been shortly after 1864 when local residents petitioned Mercer County for a bridge. A bridge appears to be in place in 1875, as seen on a map of that year. In 1882, the abutments were repaired and the timber deck was replaced. The present span, a Warren pony truss constructed by the Berlin Construction Company of Berlin, Connecticut, and installed in 1903 on the old stone piers and abutments, is the longest and one of the best preserved of its type in the county. 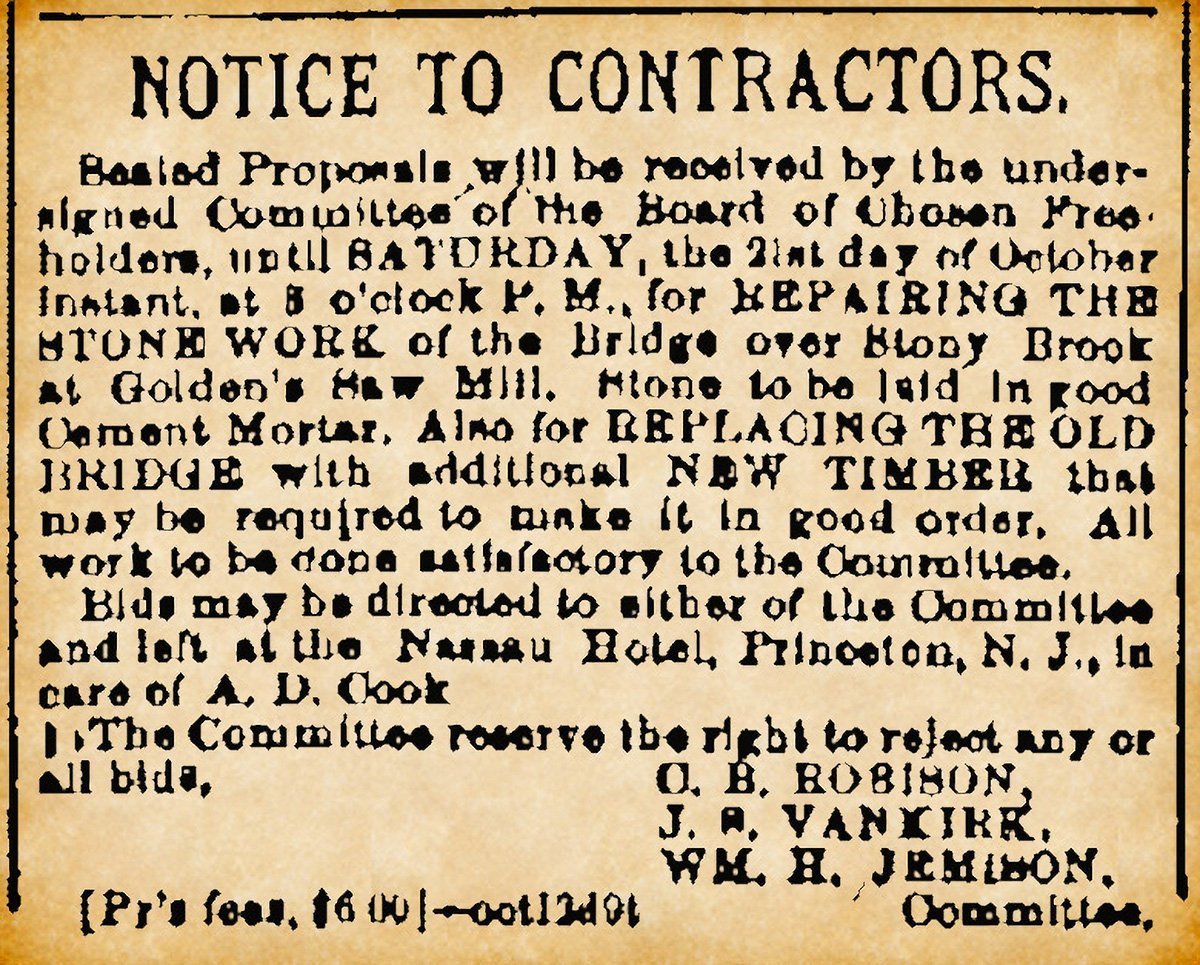 Mercer County published a request for proposals to repair and replace the earlier bridge that existed here in the early 1880s.

Construction drawings for the proposed new bridge in 1903. This is the bridge that still survives today.

Have a Mill and a Bridge in the Back Country memory or photo to share?
Leave your comment below.