The Lawrence Hopewell Trail Corporation today announces significant changes in its leadership with its first executive director and a new chair and vice chair of its Board of Trustees to lead the LHT, a 20-plus mile biking and walking trail through Lawrence and Hopewell Townships.

After 20 years of operation as an all-volunteer working board, the LHT is moving to its next phase of service to the community with a new executive director, Lisa Serieyssol, who is well-known to the transportation and trail communities. She will work with the dedicated LHT Board of Trustees starting in December. Former Hopewell Township Deputy Mayor David Sandahl and John R. Murray, who recently retired from Bristol Myers Squibb, will assume their new roles as chair and vice chair, respectively, on January 1, 2023.

“We are thrilled that Lisa, an active transportation practitioner with a special focus on bicycling and trails, will become the first full-time professional for the Lawrence Hopewell Trail,” said Sandahl, an experienced board leader and community volunteer. “She has an outstanding track record in public service, including leading Princeton to Silver Level designation as a bike-friendly community—the highest rating in New Jersey.”

The LHT Board of Trustees elected Sandahl and Murray to the new volunteer leadership positions in October, following the announcement by the longtime LHT co-presidents, Eleanor Horne and Becky Taylor, that they intend to retire from the board at the end of 2022. The trustees also determined that a full-time executive director is critical to the success of the LHT strategic plan. The trail board has long described itself as an entity created “by the community, for the community.” Under its new leadership, it will continue its community orientation and the development of the Lawrence Hopewell Trail as a much-loved community amenity.

The LHT is a unique trail, initially launched through a corporate-driven community relations effort that envisioned going beyond building a biking and walking trail connecting the communities. From the outset, the vision of the LHT was to enhance community interactions among residents, small and large businesses, the nonprofit sector, and governmental entities in the Lawrence and Hopewell Valley area. That approach was enthusiastically embraced by representatives of municipal, county, and state governments and community activists at the LHT’s very first meeting in 2002. Community support has grown with each passing year.

As its executive director, Serieyssol will provide full-time professional leadership to the LHT with the full support and oversight of an active Board of Trustees. Most recently she served as the Greater Mercer Transportation Management Association’s program coordinator of the Safe Routes to Schools program for Mercer and Ocean Counties. She continues her membership on Princeton’s Pedestrian and Bicycle Advisory Committee, which recently helped create more than 10 miles of bike boulevards in a loop connecting four elementary schools, the middle school and high school in Princeton, among many other activities.

Sandahl, an LHT Board member between 2004 and 2012, served in the White House Budget Office before joining the private sector. As a senior partner at Kepner-Tregoe, Inc., he became well known as a pro bono strategy consultant assisting Mercer-area non-profits, leading to a nine-year tenure as the board chair of the Princeton YMCA. Sandahl agreed to guide the LHT Board’s efforts to complete the original trail loop through Lawrence and Hopewell and carry the mission forward. He will pursue LHT efforts to develop connections to other transportation corridors, as well as enhance its role in health and fitness for trail fans throughout the region.

“To get the best out of LHT assets, we will seek more involvement with the larger community. We can work more closely with schools and civic associations, for example. I see us, as the LHT, reaching out actively to communities that we serve now and to others that we should serve better,” Sandahl said. “The path to stronger communities goes through inclusion and engagement, from Trenton to Princeton and beyond.”

Murray, a professional engineer who retired from Bristol Myers Squibb after a 34-year career in which he led the company’s central New Jersey and West Coast facilities, has co-led the LHT’s Engineering and Maintenance Committee from 2012 to 2022. He also sees expanding its focus on community service as well as providing safe, family-friendly transportation options for residents and visitors. “I look forward to being part of the next phase of the LHT leadership, where we’ll also complete the trail and make connections to other regional trails and communities,” he said. 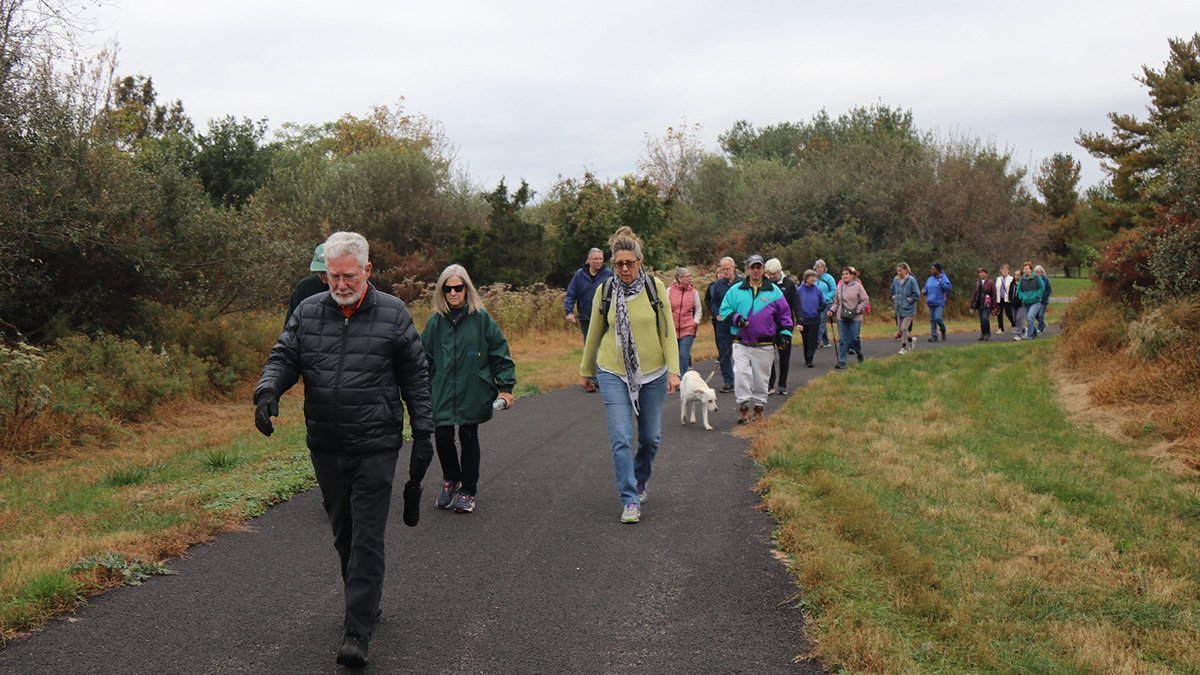