We are proud and thrilled to announce that Alan M. Hershey, LHT board member, treasurer, and Chair of the New Jersey Trails Association, will receive the 2021 New Jersey State Governor’s Award – one of the most prestigious awards for volunteer service in the state. The award is given to very special volunteers who achieve measurable community impact and represent outstanding acts of public service: “The recipients demonstrate unique vision, dedication, tenacity of heroic proportion and serve as an inspiration to others.” 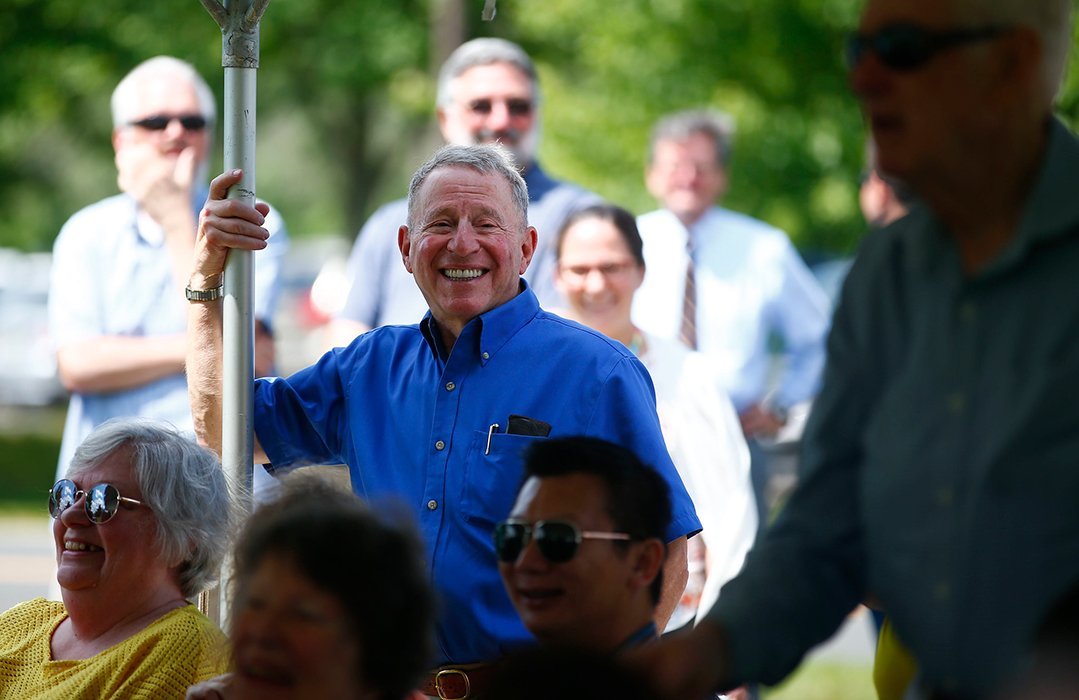 Hershey was nominated by Deb Brockman, a volunteer who works with him on trails.

We’re happy to share some excerpts from his nomination:

“Alan has engaged in land preservation and led stewardship efforts in central New Jersey for over 30 years. He was an early supporter and long-serving board member of D&R Greenway Land Trust, serving as an officer, including chair. He continues to serve in an advisory capacity. He founded the New Jersey Trails Association, secured funding and led the effort to create a website that provides information about local trails. He recruits and leads volunteers in constructing hiking trails on preserved land. He also currently serves as treasurer of the Lawrence Hopewell Trail Association and vice-chair of the Mercer County Open Space Board.”

“An avid hiker and nature lover, Alan became frustrated by the limited availability of public access to natural lands in central New Jersey after traveling and living in Europe for several years. His outdoor experiences as a child and young man had created memories of idyllic moments, connections made with family and friends, and conquering challenging situations. He became committed to land preservation in central New Jersey, making that land accessible for all to enjoy, and improving our quality of life while creating a sense of community for the many volunteers who participate.”

“Alan joined D&R Greenway Land Trust within months of the organization’s founding in 1989. He served on the board of trustees, including as treasurer for 16 years and chair for three. As chair, he made the organization’s Land for Life capital campaign his number one priority. When term limits required that he step away from the Board, he continued to support the campaign, which raised more than $8 million for land preservation. Alan remains involved in an advisory capacity as a committee member.”

“Since his founding in 2004 of the New Jersey Trails Association, an organization under the aegis of D&R Greenway Land Trust, Alan has recruited and led volunteers in constructing and improving almost 40 miles of trails on preserved land in central New Jersey. On weekend mornings from September to May he leads a subset of the 200+ other volunteers in using hand tools to clear a route, build bridges, move heavy stones to form stairways, and dig the trail into hillsides. Leading the work includes training, providing oversight, and working right along with the crew. Prior to construction, Alan handles planning and preparation, often enlisting volunteers to help lay out the trail and gather materials and tools. To Alan this endeavor is as much about building community as it is about hiking trails. Sharing a vision, working through challenges together, and reflecting on accomplishments builds bonds – as does the gathering he hosts at his home at the end of each season for all who are connected to this effort.”

The Jefferson Awards Ceremony will be held at 1:00pm on February 20th.